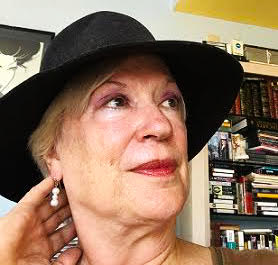 In the year 2009, Lonce Lamonte got to a fork in the road of her career. She walked into the Orange County Superior Court in Santa Ana on a whim and into the pretrial proceedings of defendants Hector Porrata, Cara Cruz-Thompson, and Rene Montes. These three defendants were former workers’ compensation claims adjusters who were in jail for embezzling money through claims files.

Lonce followed the proceedings as a reporter, with all the drama that unfolded, and on to their plea deals and sentencings. Orange County Superior Court judge Frank Fasel took Montes’ cocaine problem as an aggravating factor in his 12 year sentence, not a mitigating one. He called it “taking 1.5 million dollars to party”.

Since then, Lonce has covered the full case of defendant Kelly Soo Park, which began in 2010, who was accused and then exonerated by a jury in June of 2013 for the murder of aspiring actress and model Juliana Redding. This case was associated with Dr. Munir Uwaydah’s workers’ compensation insurance fraud.

Then followed Aspen Medical Resources, an Anaheim based durable medical equipment company, for overbilling insurance claims payers. Now in progress is the Landmark Medical Management case for allegedly illegally manufacturing compound pain creams which also involved the death of an infant. That case is still in the pre-trial phase in Orange County. And, alas, the Criminal Organization Munir Uwaydah case, first indicted in 2015 in Los Angeles, and also involving Kelly Soo Park as a defendant, is presently ongoing for massive workers’ compensation fraud.

Lonce was born in Los Angeles County, was educated at La Habra High School and the University of Southern California, plus has watched dozens of courses by The Great Courses of The Teaching Company. She reads the LA Times and The Wall Street Journal.

Her passions are western philosophy and Jungian psychology. lonce@adjustercom.com